Non-fungible Tokens, better known as NFTs is the new buzz word these days.

NFTs are assets bought with cryptocurrency (particularly Ethereum), and have taken off in the art world. Artists and musicians alike have taken to this new technology in a bid to make more money off of their art. Famous examples include; Beeple, rapper Saigon, Ja Rule, and even Soulja Boy.

The purchase of NFTs are at once enticing and alarming. Ja Rule sold an oil painting of the Fyre Festival logo as an NFT, netting $122,000. Azeala Banks sold her audio sex tape as an NFT for $17,000. Now it is being resold at over 260 million (over 300 at the time of this writing). It’s pure chaos.

The tech sector is also seeing a boom with a spate of IPOs. SPACS or Special Purpose Acquisition Companies are helping companies before they go public to get financing. It’s almost as if large companies didn’t want to miss out on the Gamestop (GME) hype-train that has seen stocks surge recently. While it may not mean much to the average consumer, or even investor, there are for sure some power-plays going down behind-the-scenes.

Speaking of behind-the-scene power-plays, Huffington Post Canada has officially shuttered down after Huffpo was bought by Buzzfeed media what seems like only a few months ago. On the show, The Freeze discusses thoughts on what went down and question why employees had no say on the matter. If they had owned shares in the company, would that have helped? Probably not. But maybe their concerns would be heard due to shareholder voting rights. 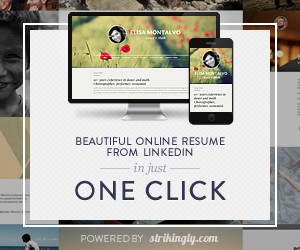 Being on the internet for an extended period of time is a cursed feeling. But before there were cringey moments on the net, they were on television! Also, on the podcast, The Freeze discusses the viral “Tiffy” video and the public-access channel behind it.

The YouTube channel, rAwTiMe, headed by Dave Prewitt, is the official YouTube channel for behind-the-scenes of the Austin, Texas public access channel that once dominated that scene’s underground youth subcultures.

In other words, it was where you could find all the cool underground stuff. If you were a fan of early MuchMusic, check out Dave’s stuff and support his Patreon. In Canada, we have Steve Kerzner better known as Ed the Sock who is trying to do something similar.

Sponsored Links – we may get a small commission upon your purchase using these links:

It’s tough being a content creator. Support the pioneers. I get into all of that as well as thoughts on a RollingStone article that describes one of the last live shows of last year and the disappearance of the “middle class” musician. Here’s what I had to say: